Secrets to Exquisite Yachting in the French Riviera 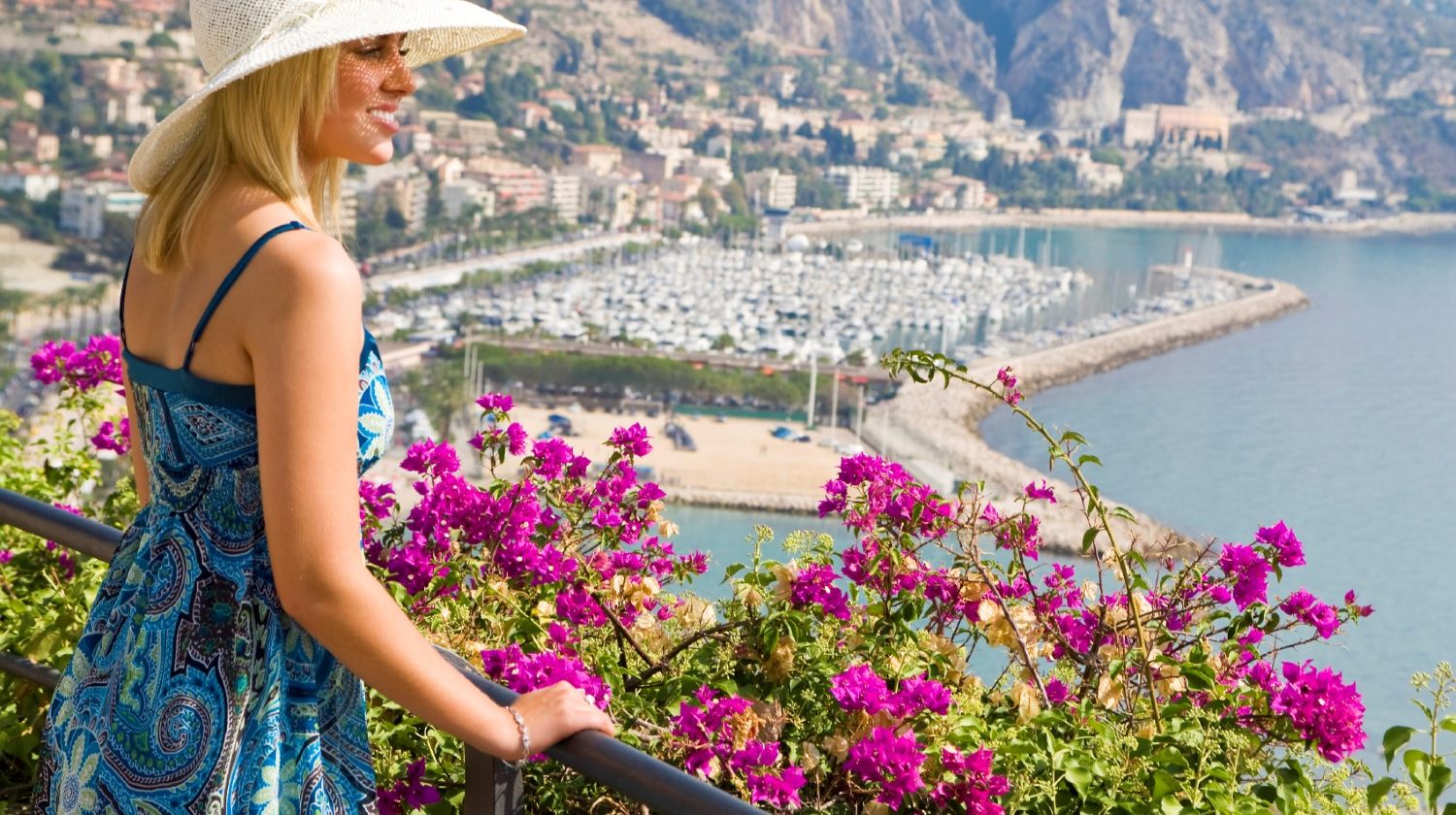 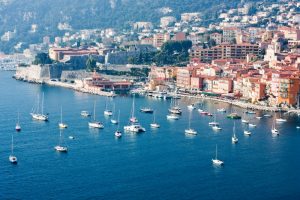 The French Riviera, also known as the Côte d’Azur, is a landscape of lush mountains, cobalt seas and warm sun tempered by cool local sea breezes. A Mediterranean luxury yacht charter is the finest way to see the ports of call you select, and enjoy the activities you prefer.

From the luxury of your own, private floating villa, savor the Old World elegance of Monaco, the glamour of Cannes, the sophistication of Antibes, the legendary lifestyle of St Tropez and discover quaint villages, stunning beaches, and underwater enchantment along the way. This is the unabashed playground of jetsetters, fashion models, and millionaires, and a world capital of yachting. In the crowded harbor, someone the paparazzi have in their sights is hosting a decadent soiree on board.

More than glorious sandy beaches and magnificent yachts, the cobbled lanes of the historic district are crowded with cafes, galleries and boutiques of the world’s greatest fashion designers. Spend the afternoon at anchor in Pampelonne Bay.

Lunch at Les Palmiers or the stylish Club 55, or the ostentatious Nikki Beach. If you prefer pampering, La Reserve‘s 10,000 square foot spa is divine. While the nightlife mayhem is competitive, the Caves du Roy’s reputation of being Saint-Tropez’s trendiest club has been undisputed for 40 years.

Prepare to be enchanted as you cross the French Riviera gulf from Saint Tropez and approach the harbor of Sainte Maxime. The quay of this classic old town is ringed with shops, markets, restaurants, bars and cafés prettily positioned along a promenade that passes manicured parks where locals challenge each other at the French ball game of pétanque.

Try your luck at the beachfront casino, or amble through the Botanical Garden. Beyond the town are the untamed forests of the Maures mountain range, criss-crossed by breathtaking walking and hiking trails. Sun, sea and shopping are what glamorous Cannes is all about. Join the celebrity parade along the French-Heritage-listed La Croisette Boulevard, lined with luxury hotels, high-fashion boutiques, and stylish cafes.

The city’s star-studded events coincide with the summer yachting season, which launches in May with the Cannes Film Festival, and ends in September with the Festival de la Plaisance, a dazzling international yacht show. From Cannes’s Vieux Port you can yacht to two enchanting islands graced by palms, pines, tidal pools and interesting ruins.

Ste-Marguerite Island, with prison-fortress and museum, and lovely St-Honorat, with working monastery with medieval ruins. Shipwrecks off the coast are ideal for snorkeling or diving, and the gentle surf surrounding the islands is perfect for swimming and water sports fun. There are an astonishing 48 beaches along the 25 km of coastline that surround Antibes and Juan les Pins. Launch the Jet Skis or tender to discover the secrets of this lacy limestone peninsula, fringed by illustrious villas and dotted with Michelin-starred restaurants.

Great artists and thinkers have drawn their inspiration from the streets and salons of Antibes for more than a century. The collection of the Picasso Museum, located in the restored Chateau Grimaldi, includes works gifted by the artist during his stay in 1946.

A bit more quirky, but equally fascinating, the Absinthe Museum is dedicated to this notorious liqueur. Down the street, the Absinthe Bar La Balade is the spot for a sample.

The maritime importance of this picturesque town made it an irresistible spoil of conquest. Rule by a succession of empires contributed to a wealth of architectural and cultural riches. The captivating aura entranced many famous artists, including Chagall and Matisse, inspired composers like Berloz and Rossini, even Nietzche found his niche.

In addition to museums of art, yachtsmen will find the Naval Museum of special interest. Nice is the second most popular destination in France, after Paris, for excellent reasons. Meander through the narrow, winding streets of Old Town to poke about the markets and restaurants.

Amble along the waterfront Promenade des Anglais for the architecture and the people of every description.  Set one block back, near the Hotel Negresco, is the Restaurant Keisuke Matsushima, Michelin starred, with superb wine pairings, and yes, French cuisine.

The bay of Villefranche is indigo blue, and the fishing port is as pretty as a picture. Fisherman in sturdy blue boats putter up to the dock. Vendors, chefs, mothers and restaurateurs hurry down the streets of the 14th century Vieille Ville, which lead down to the quay. They elbow each other for the best of the fresh catch.

The deep natural harbor, in the caldera of a volcano, provides superb passage and anchorage for deep draft superyachts. The port, which was created in 1295 by Charles d’Anjou, is a favorite of royals and celebrities, an enchanting yet discreet location nestled between Nice and Monaco. Do not omit the Place de la Paix, Rue du Poilu, Place du Conseil, and the curious, arcaded rue Obscure, in your walking tour.

Nestled between Nice and Monaco, Beaulieu-sur-Mer has been a favorite escape of the privileged since the mid-nineteenth century. Isaac Singer, of the sewing machine empire, and the notoriously eccentric James Gordon Bennett, Jr., publisher of the New York Herald, set in motion a construction frenzy of fabulous estates.

The Villa Greque Kerylos, a historical monument on a rocky promontory by the sea, is a reconstruction of ancient Greek refinement built by archeologist Theodore Reinarch. Promenade Maurice Rouvier is a breathtaking excursion with ocean views.

For enthusiasts of art, architecture and history, the town is a treasure trove. Dock at the Port de Beaulieu in the fine company of celebrated superyachts.

Cap d’Ail is a popular seaside resort town with a lively shopping district on the Basse Corniche and quiet, exclusive residential quarters, largely populated by commuters from Monaco. Plage la Mala is ranked one of the best romantic beaches on the Côte d’Azur.

The beach was a refuge for the lovers Mala Kchessinska, a beautiful Russian dancer, and the last Russian Tzar, Nicolas II. Venture into town for evening cocktails in a delightfully friendly party atmosphere after sundown. Although you are unlikely to rub shoulder’s with Cap d’Ail’s cherished noble lineage who have passed, the ancient line is carried on today by Le Haut Duc Vincent Mondiot. Dock in fabulous Port Hercule, one of the world’s most exclusive marinas, and yacht central for the Monaco Grand Prix and Monaco Yacht Show. Ashore sits the world’s most expensive real estate, occupied by the highest rate of millionaire and billionaire residents per capita.

The penultimate example of architectural and economic indulgence is the fabulous Monte Carlo Casino, with ornate ballrooms, manicured grounds, and super high-stakes gaming. The landmark Hôtel de Paris and Louis XV restaurant, built in 1864, epitomizes the glamour of the Grand Tour.

Purchase a joint ticket for the Palais Princier, the residential palace of the royal family, and the Muséé Océanographique. Attend an open-air performance by the Orchestre Philharmonique de Monte-Carlo. Take a walk on the privileged side.

If you can envision yourself cruising the beautiful waters of the Côte d’Azur let us help you get there.

Sailing The Maldives Archipelago: A String of Islands in the Sun
January 4, 2019